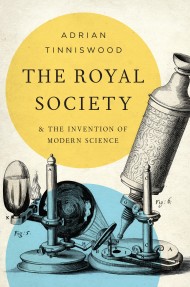 The Royal Society and the Invention of Modern Science (Head of Zeus/Basic Books, 2019)

“Tinniswood captures superbly the intellectual and political ferment leading up to the society’s foundation and the achievements of its early years.” Financial Times

“It is hard not to take pride, by the end, in the eccentric and inspiring story of a great British institution that is still going strong.” Daily Telegraph

Behind the Throne: A Domestic History of the Royal Household (Jonathan Cape/Basic Books, 2018)

“The most interesting and informative book on British royalty for many years” Sarah Bradford, Literary Review

“Both fun and scholarly, this is a back-stage, back-stairs, sometimes backside history of England that focuses on the seamy side of power, the sights you weren’t intended to see and the stories you weren’t supposed to hear. Savour it like a good gossip column” David Starkey

The Long Weekend: Life in the English Country House Between the Wars (Jonathan Cape/Basic Books, 2016)

“Tinniswood and his publishers should be congratulated for issuing this elegant, encyclopedic and entertaining history” Virginia Nicholson, The Times

The Rainborowes: Pirates, Puritans and a Family’s Quest for the Promised Land (Jonathan Cape/Basic Books, 2013)

“Tinniswood has an eye for a good tale” Philip Withington, Guardian

“Tinniswood’s main aim here is… to tell some very good stories – something he does extremely well, with a command of atmospheric detail and a fund of human sympathy” Noel Malcolm, Daily Telegraph

Pirates of Barbary: Corsairs, Conquests and Captivity in the Seventeenth-Century Mediterranean (Jonathan Cape/Riverhead, 2010)

“Tinniswood’s artful blend of narrative and analysis brings the pirates’ society to life… One of the most incisive of our popular historians.” Blair Worden, Spectator

The Verneys: A True Story of Love, War and Madness in Seventeenth-Century England (Jonathan Cape/Riverhead, 2007)

“Every member of this colourful clan, dysfunctional before the word was invented, springs four-square from the page” Sunday Telegraph

“The rich and vivid characters of the Verneys make history not only painless but positively pleasurable. This is a welcome return to exactly the kind of history that has always captivated the general reader” Diane Purkiss, The Independent

Shortlisted for the BBC4/Samuel Johnson Prize for Non-Fiction

By Permission of Heaven: The Story of the Great Fire of London (Jonathan Cape/Riverhead, 2003)

“Like some dynamic fire-sprite, Tinniswood leaps from rooftop to rooftop, section to section of his colourful tale; from war, politics, crown and populace to disaster and renewal…Deeply satisfying” Observer 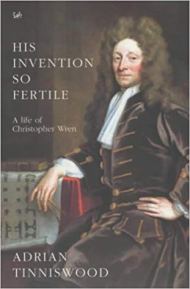 His Invention So Fertile: A Life of Christopher Wren (Jonathan Cape/OUP, 2001)

“The most engaging non-fiction I’ve come across” Jeremy Paxman, Observer

“Powered by an engrossing passion for its subject … the scale and scope of [Wren’s] achievements are left standing clearer than ever” Andrew Motion, Financial Times

“This lively sympathetic and hugely informative biography brings us closer to Wren than ever before” Frances Spalding, Independent